AICV’s Secretary General delivered a presentation about AICV and the European cider sector to the Prognosfruit audience, on 4the of August 2022 in Belgrade, Serbia. 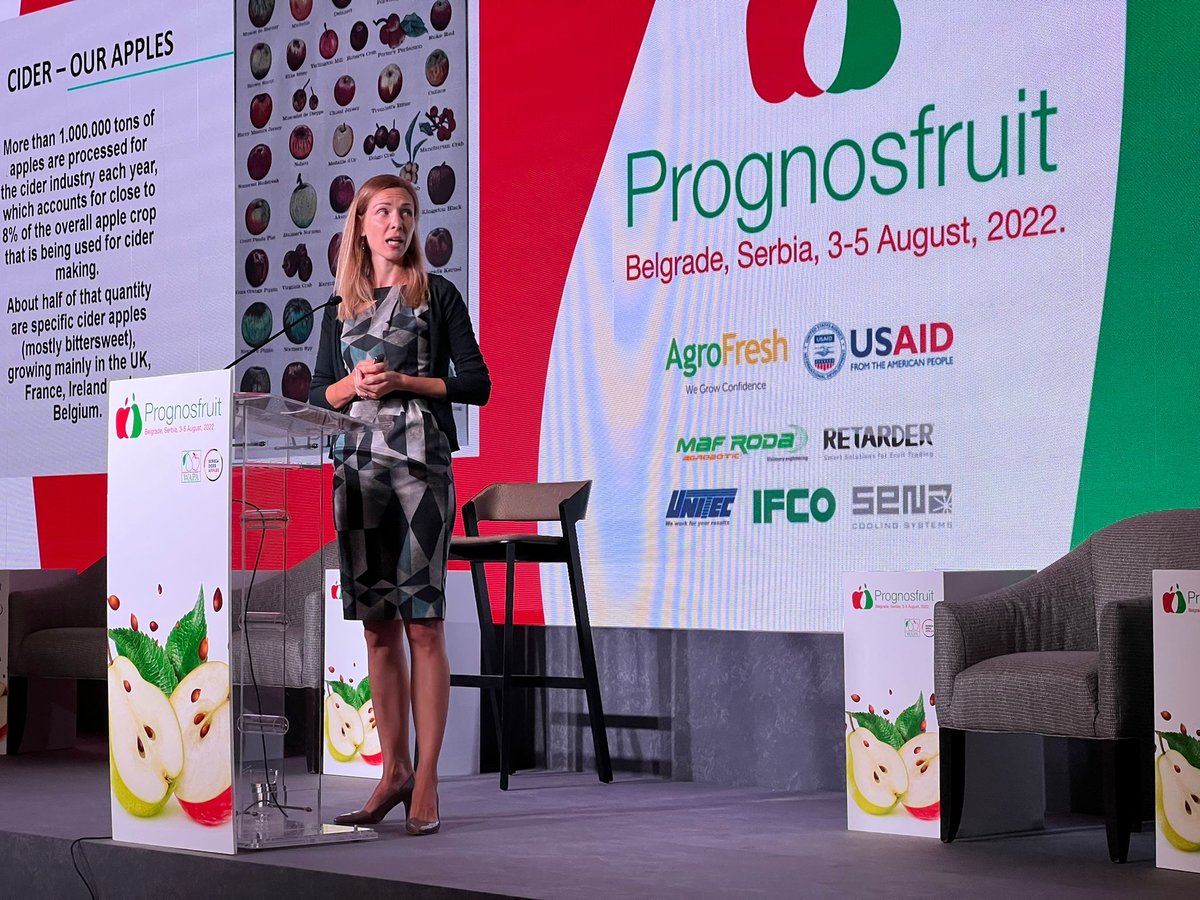 More than 200 international representatives from the apple and pear sector joined Prognosfruit to discuss the 2022 production forecast for apples and pears. The 2022 European apple and pear crop forecast revealed that apple production is set to increase by 1% compared to last year, while the upcoming pear crop is estimated to increase by 20% compared to 2021’s record low crop of the decade and by 5% compared to the 3-year average. The World Apple and Pear Association (WAPA) released the 2022/2023 European apple and pear crop estimate. The prospects for the upcoming season are positive, although the sector will have to be prepared to face a variety of challenges, mainly related to increased production costs. This related in particular to the apple juice and apple juice concentrate production costs, knowing that the processing sector will be an important absorber of the European apple surplus.
Previous Next